The J.D. Power and Associates 2011 U.S. Sales Satisfaction Index (SSI) Study shows that the new-vehicle sales process has improved notably from 2010. The study, based on responses from 24,045 buyers who purchased or leased their new vehicle in May 2011, is a comprehensive analysis of the new-vehicle purchase experience and measures customer satisfaction with the selling dealer (satisfaction among buyers). It also measures satisfaction with brands and dealerships that were shopped but ultimately rejected in favor of the selling brand and dealership (satisfaction among rejecters). Among buyers, satisfaction is examined across four measures (listed in order of importance): working out the deal (17%); salesperson (13%); delivery process (11%); and dealership facility (10%). Among rejecters, satisfaction is examined across five measures (listed in order of importance): salesperson (20%); fairness of price (12%); facility (6%); inventory (6%); and experience negotiating (5%). 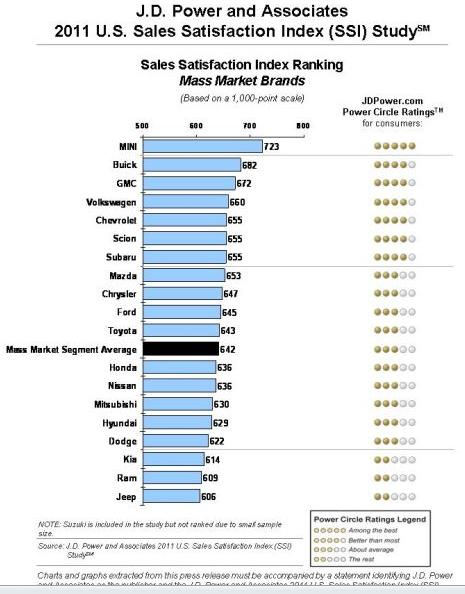 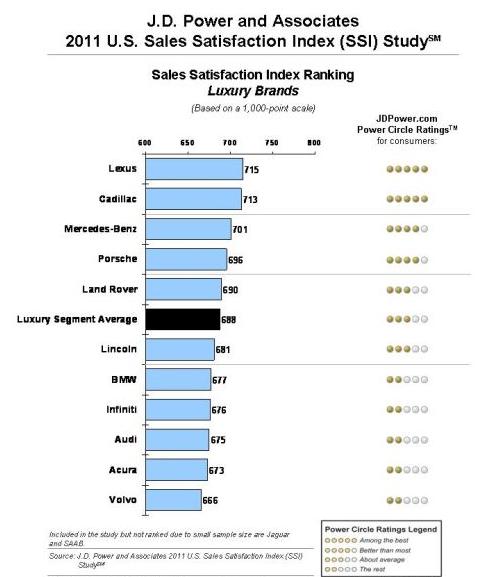 Overall sales satisfaction averages 648 on a 1,000-point scale in 2011, improving by 13 points from an average of 635 from 2010. This gain suggests that, as market conditions improve, automotive manufacturers and dealers are placing renewed focus on and investment in providing buyers with satisfying retail experiences.

All measures improve notably from 2010, with the greatest gain in the delivery process, despite the fact that the average length of time to complete the delivery portion of a new-vehicle sale has increased by four minutes to an average of 32 minutes in 2011, from an average of 28 minutes in 2010. Overall, the average length of time a buyer spends at the dealership has increased by 11 minutes, to an average of 4.3 hours in 2011 from 4.1 hours in 2010.