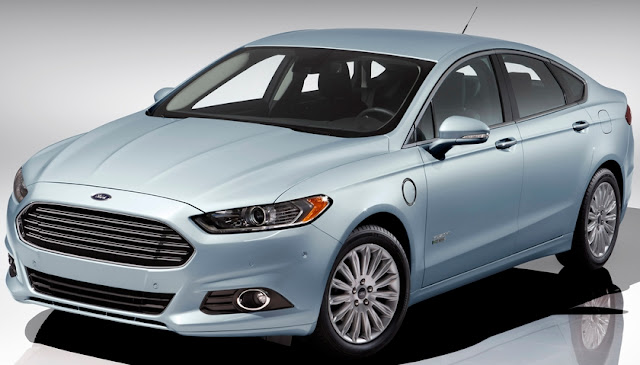 The all-new Ford Fusion Energi plug-in hybrid has been approved for use in California’s high-occupancy vehicle (HOV) lanes or carpool lanes as most of us call them. Ford Fusion Energi plug-in hybrid gets an EPA-estimated gas plus electric range of 620 miles, electric-only range of up to 21 miles, and EPA-estimated rating of 108 MPGe city, 92 MPGe highway and 100 MPGe combined.

OK, so the first 21 miles of my 130 mile drive from Los Angeles to Palm Springs is electric and the remaining 109 miles is gas and the good news if I'm by myself I get to take the carpool lane unless of course there's an accident that slows all the lanes. So what do those 109 miles cost me? A little over a gallon (92 MPGe highway)? And while I'm in gas mode does the battery recharge off the motor and kick in for more electric miles later in the commute? I'd like to do test this a few times just to be certain.

Ford Fusion Energi hits showrooms later this winter as Ford’s fifth new electrified vehicle to launch in the last 12 months and joins the Ford Focus Electric and C-MAX Energi plug-in hybrid that are eligible for buyers to receive a $1,500 tax rebate in addition to a $3,750 federal tax credit. Vehicles must qualify for tax rebates through California’s Clean Vehicle Rebate Project, which is overseen by the California Air Resources Board (CARB). A vehicle that qualifies earns a special sticker that identifies it as having HOV privileges. To qualify for the programs, a vehicle must be classified by CARB as a super ultra-low emission vehicle and be certified by the U.S. EPA to offer fuel economy of at least 45 mpg on the highway.
Posted by Rich Saxton at 9:32 AM