2011 Ford Fiesta In Idol Tonight, In Showrooms This Summer 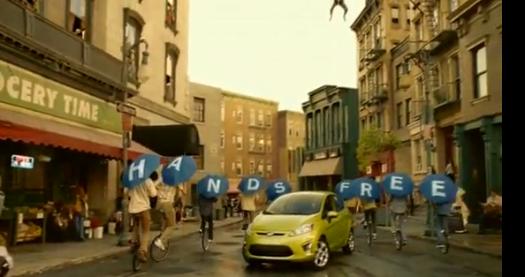 Ford is launching the all-new 2011 Ford Fiesta with an ad campaign built around "It's a pretty big deal" theme and it debuts with a new 60-second tv spot tonight during  "American Idol," which airs 8 to 9 p.m. on FOX. It opens with two people sitting in a Fiesta talking about the vehicle's push-button start feature. The 60-second ad also will be running in cinemas this summer, appearing on the big screen just before the movies start. The campaign includes national broadcast, print, digital and out-of-home components as well as a multicultural marketing strategy.

The print ads get straight to the point with headlines like, "The Fiesta gets 40 miles per gallon. 21 hybrids do not," and "The Fiesta has enough new-world technology to put a 50-grand car to shame." The ads will be featured in a variety of publications – from women's magazines like "In Style" to men's lifestyle titles like "GQ."

In addition to television commercials, print ads and billboards, the new campaign also includes extensive digital advertising, which directs consumers to the website.  There will be a total of 16 webisodes. The first set is already online with more than 500,000 people having viewed the first six webisodes since they debuted last week. The second group will post in June. 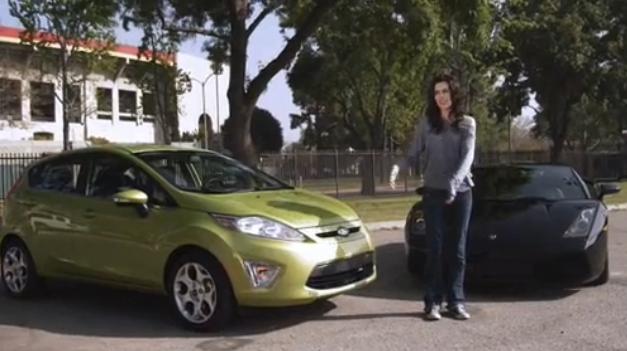 To illustrate the benefit of having Intelligent Access with push-button start, one of the agents decided to put the Fiesta up against the Toyota Yaris, which doesn't even have keyless entry, and the Honda Fit, which has keyless entry but doesn't have push-button start. In "Dawn of the New Key Fob," a zombie chases all three drivers through the woods. The Yaris and Fit owners don't make it into their vehicles in time, but the Fiesta driver gets into his car and drives away before the zombie attack. Fiesta agent Brittani Taylor (above) appears in a webisode titled "Fiesta vs. Lamborghini," which pits the Fiesta against a $200,000-plus Lamborghini sports car.

Ford has developed a multicultural marketing and advertising campaign designed specifically to communicate the Fiesta message to young African Americans and Hispanics which research shows are two of the largest consumer groups in the small car segment.  Ford will increase Fiesta awareness in the Hispanic community through print and broadcast advertising predominantly Spanish with some English phrasing.