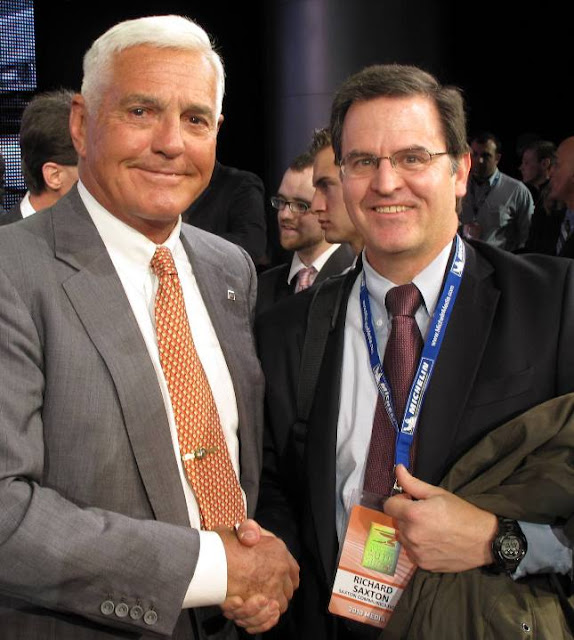 Bob Lutz, after a colorful 47-year career in the global automotive industry, retired from General Motors on May 1st and gave his employee farewell speech earlier this week. The 78 year old Lutz, born in Zurich, Switzerland, began his automotive career in 1963 at GM, after serving as a jet-attack aviator in the United States Marine Corps. Lutz held held a variety of senior sales and marketing positions at GM in Europe until 1971 when he went to BMW in Munich for the next three years serving as executive vice president of global sales and marketing and Board member. In 1974, Lutz started a twelve year run at Ford, followed by twelve years at Chrysler where he held executive and Board positions at both companies. Prior to rejoining GM as vice chairman of product development in 2001, Lutz was chairman and chief executive officer of Exide Technologies. Shortly after rejoining GM, Lutz was named chairman of GM North America and served in that capacity until April 2005, when he assumed responsibility for Global Product Development.

Lutz was a jet-attack aviator in the United States Marine Corps from 1954 to 1965 while earning his bachelor's degree in production management in 1961 and master's degree in marketing in 1962 from the University of California-Berkeley.

I've heard Bob speak many times in multiple languages and he's truly a one-of-a-kind straight shooter who had simple common sense goals to make the best vehicles. He is a great friend of the media and may be retiring, again, but we'll keep hearing from and quoting Bob for a long time. All the best Bob - see you soon!