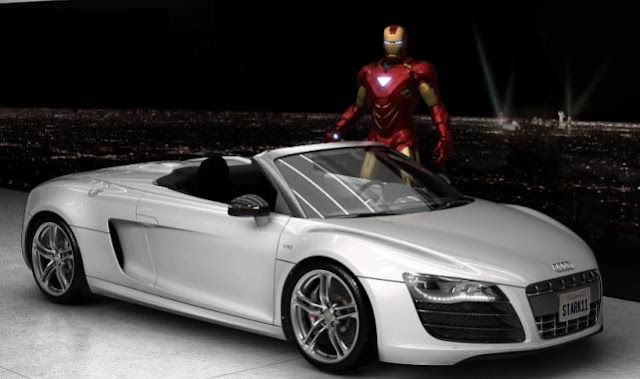 I waited for the crowds to die down and went to see the movie Iron Man 2 which took in $211 million in its first two weeks in U.S. theaters. There's lots of product placement, especially on the car front. The film features Tony Stark (Robert Downey Jr.) driving an Audi R8 as he did in the first film but this time it's the convertible R8 5.2 FSI quattro which starts at $146,000 and has a 525 horsepower V10 engine able to thrust the R8 5.2 to 60 mph in only 3.7 seconds on the way up to a top track speed of 196.4 mph. Bentley, another VW brand, also makes an appearance as it drives head on into Formula One traffic at the Monaco Grand Prix. 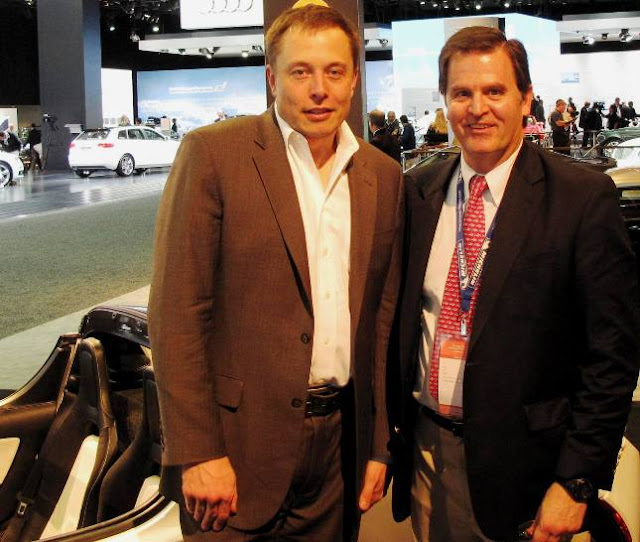 A cameo appearance is made by Elon Musk (pictured on the left), a real life who is behind the electric Tesla vehicles. In 2, Musk says he working on an electric airplane and, in reality, he tells me he'll start that project in a year or two. As with electric cars, I'm sure range, recharging and batteries will also be big issues for electric jets.

Tesla News
On Thursday Tesla Motors said it purchased the former NUMMI factory in Fremont, California, where it will build the Model S sedan and future Tesla vehicles. As recently as April, the NUMMI factory was used by Toyota to produce the Corolla and Tacoma. It's billed as one of the largest, most advanced and cleanest automotive production plants in the world capable of producing half a million vehicles per year or approximately 1 percent of total worldwide car production. Last August, GM stopped making the Pontiac Vibe, the re-badged Toyota Matrix, at the Fremont plant which is conveniently close to Tesla's Palo Alto headquarters.