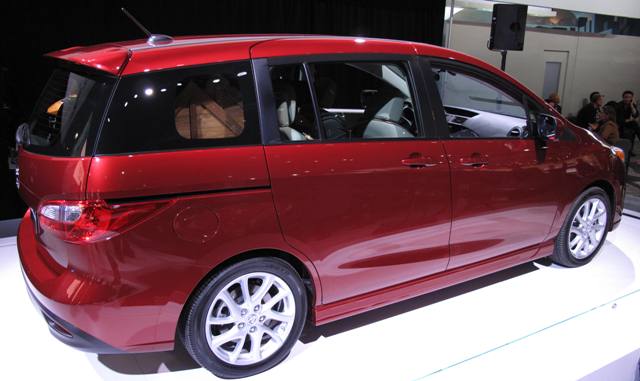 The 2012 MAZDA5 compact multi-activity vehicle will have a starting manufacturer's suggested retail price (MSRP) of $19,990, including destination and delivery. The 2012 MAZDA5 will go on sale at dealers across the U.S. in January 2011.

The 2012 MAZDA5 is powered by a 157 horsepower 2.5-liter MZR I-4 engine and can be paired with either a six-speed manual (Sport models only) or five-speed automatic transmission (standard on Touring and Grand Touring). The 2012 MAZDA5 will be offered in three trim grades: the Sport, the mid-level Touring from $21,990 and the top-of-the-line Grand Touring from $24,670.