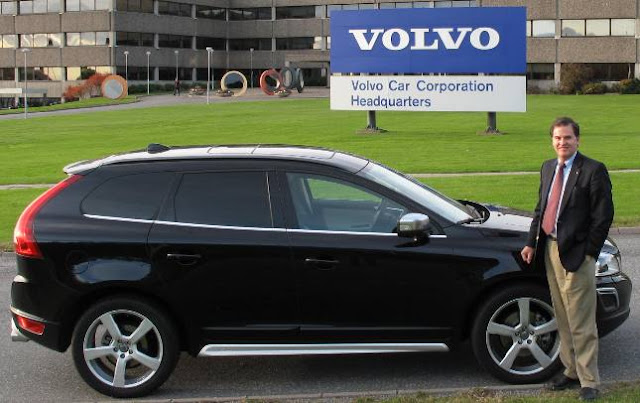 I fell in lust with the Volvo XC60 at the Geneva Auto Show in March of 2008 and fell in love with this one (pictured above) a few weeks ago in Sweden while driving the highways and streets around Gothenburg, the home of Volvo, which translates from Latin to "I Roll". The compact luxury SUV starts in the low-$30,000 in the U.S. and is a head turner while behind the wheel the smooth handling and polished interior appointments really grab you. 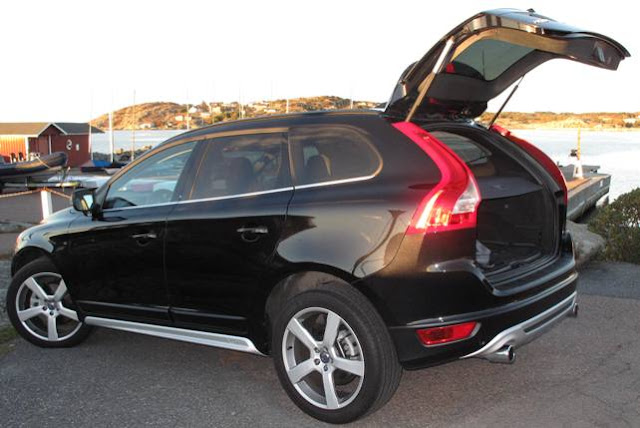 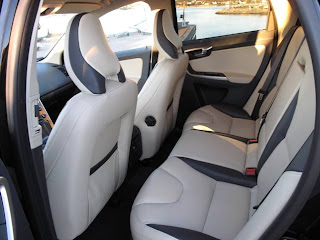 At speeds over 20 mph, Adaptive Cruise Control can automatically maintain a safe distance from the car in front of you. Collision Warning with Auto Brake for highway driving  warns you if you’re too close to the vehicle in front of you by illuminating a red light heads up display on the front windshield. This XC60 had a power tailgate but not the navigation option which I really could have really used. I was told that even Swedes get lost in and around Gothenburg's confusing streets, not just visitors like myself. Maybe the sudden 1968 conversion from driving on left to the right may have played a role in the street layouts that have many round-a-bouts. So that old Volvo slogan, "Drive It Like You Hate It" came easy to me and the more I got lost and got mad at myself the more I liked the XC60. If you can spend all that extra unnecessary time driving around and still like the vehicle - it's a good sign.

The XC60 is the most popular Volvo in the U.S., the largest market for the Swedish automaker. The XC60 is made at Volvo's plant in Ghent, Belgium. This diesel engine version was amazingly responsive and fuel efficient. If permitted, I would have taken this exact vehicle back to California but as yet no Volvo diesels are sold here. In the U.S., the Volvo XC60 has either a 281 horsepower 3.0 liter in-line six-cylinder engine with Twin-scroll turbo or a 235 horsepower 3.2-liter in-line six-cylinder engine. The sporty R-Design version has a stiffer chassis while inside there's a metal finish with aluminum inserts in the steering wheel, door moldings and in the center stack. The sports pedals are made of brushed aluminum, with rubber inserts.

The factory tour had a number of people who were coming to pick up their new Volvo, apparently a significant saving over driving the vehicle off a dealer lot in the U.S. At the end my nearly 6 days of  excursions on less than a tank of diesel, again if I could have, I would have taken this XC60 home with me!

Volvo provided the vehicle for this review.