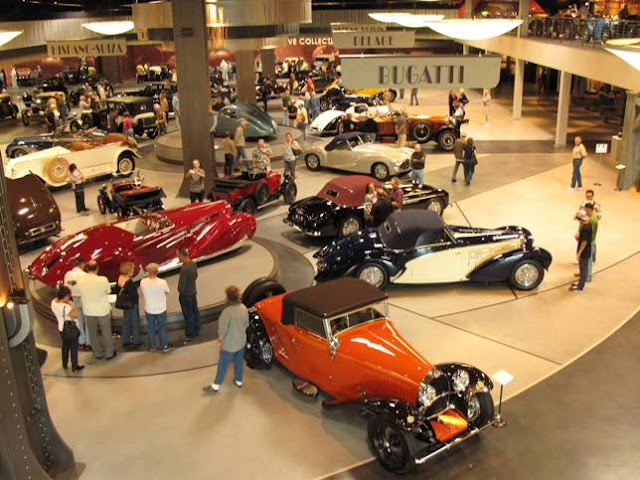 The Mullin Automotive Museum in Oxnard, California, open to the public on selected Saturdays, has some of the most rare cars on display, including Bugattis, Delages, Delahayes, Hispano Suizas, Talbot-Lagos and Voisins along with vintage racing cars and modern Bugatti prototypes. Peter Mullin took over the space once occupied by Otis Chandler's collection but none of the vehicles here now were part of Chandler's exhibit. 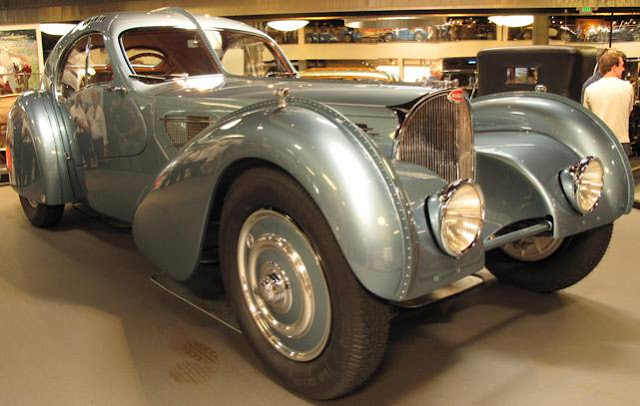 1936 Bugatti Type 57SC Atlantic, one of only 3 made, sold in May for between $30 million and $40 million to an anonymous buyer making it the highest price ever paid for an automobile. In 1971, this Bugatti was purchased for $59,000 by Dr. Peter Williamson who restored it. It won't be on display very much longer so get there to see it. Visiting the museum is a rich cultural experience and an absolute must for any car connoisseur.