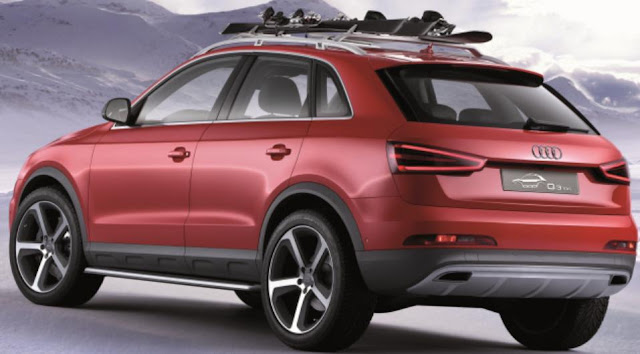 The Audi Q3 Vail compact SUV features a 314 horsepower 2.5-liter five-cylinder TFSI engine with direct injection and turbocharging transferred to the quattro permanent all-wheel drive system via a seven-speed S tronic transmission. For winter sports fans the side wall of the trunk houses a charging station that can be used for storing flashlights and charging them inductively at the same time. The same technology is used for the Thermos bottle located in the cup holder between the front seats which is able to chill or warm drinks. In addition to LED lighting, the flashlights incorporate an infra-red heating element that can be used for warming your hands or a pair of ski boots.

The new Audi allroad quattro permanent all-wheel drive wagon, built on the A4 platform, makes a return after a 6 year absence replacing the A4 Avant starting in the 2013 model year featuring the 211 horsepower 2.0 liter TFSI engine with 258 lb-ft of torque mated to a standard 8-speed tiptronic transmission making it faster and more fuel efficient than its predecessor. The new allroad is 185.9 inches in length with a wheelbase of 110.4 inches. Compared to its predecessor, the new allroad has a longer wheelbase for ride comfort and more headroom for front passengers. The allroad has 27 cubic feet of cargo space and a spacious 50 cubic feet of cargo space with the seats folded down. The interior of the new allroad features a standard Panorama sunroof, 8-way power seats, and Aluminum Trigon inlays. An optional power tailgate is available. 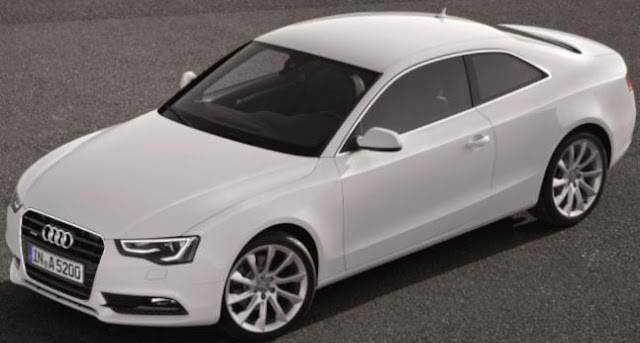 The 2013 Audi A5 features the 2.0 TFSI engine and provides 211 horsepower and 258 lb-ft. of torque. The A5 Cabriolet comes standard with front-wheel drive and multitronic transmission, while the A5 and S5 coupe has quattro standard and six-speed manual, The S5 Cabriolet has quattro standard and is mated to the seven-speed S tronic transmission. New for the 2013 model year, the S5 coupe features the 333 horsepower 3.0T V6 engine, which replaces the 4.2 liter V8.

The 2013 Audi A8 flagship sedan now offers the 333 horsepower supercharged V6 engine with standard quattro all-wheel drive.
Posted by Rich Saxton at 11:28 AM