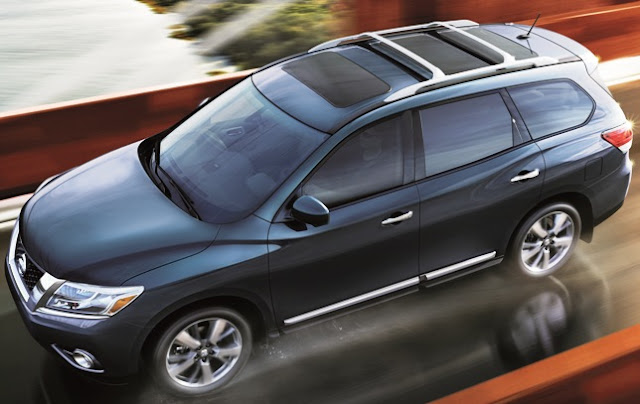 The Nissan Pathfinder Concept, one of 20 new or redesigned products Nissan plans to introduce in this market within the next two years, has an all-new streamlined look. The fourth generation 7-passenger Pathfinder has a V6 engine and next-generation Continuously Variable Transmission projected to deliver a 25 percent increase in combined City/Highway fuel economy (over the previous V6-equipped design).  In addition to offering an intuitive four-wheel-drive system, the new Pathfinder will also have towing capacity competitive with the leaders in the segment. The next-gen Pathfinder goes on sale in Fall 2012 at Nissan dealers nationwide.
Posted by Rich Saxton at 3:05 PM