The BMW X3 xDrive28i powered by a 240 horsepower 3.0-liter six-cylinder engine beat the Land Rover Range Rover Evoque in Consumer Reports head-to-head road test match up. The X3 scored an 80 in CR's road test while the Evoque received a Road Test score of 60, scoring near the bottom of its category. The X3 is one of the few SUVs that feels sporty to drive, and a new eight-speed automatic transmission helps bring its fuel economy to a respectable 22 mpg overall on premium fuel. With its unique styling, the new Evoque turns heads, but it has many shortcomings, including a cramped cabin, stiff ride, artificial-feeling steering, and troubling emergency handling.

The new Toyota Prius V received an Excellent road test score. No other vehicle comes close to its blend of versatility and fuel economy. This wagon version of the Prius hatchback has a big cargo area and roomy rear seat yet still returns 41 mpg overall. 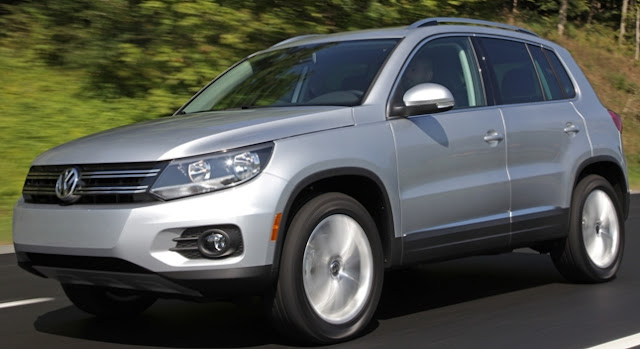 The Prius V, X3, and Volkswagen Tiguan are all Recommended. The Evoque and Wrangler scored too low for CR to Recommend. Consumer Reports only Recommends vehicles that have performed well in its tests, have at least average predicted reliability based on CR's Annual Auto Survey of its more than seven million print and Web subscribers, and performed at least adequately if crash-tested or included in a government rollover test.
Posted by Rich Saxton at 11:22 AM