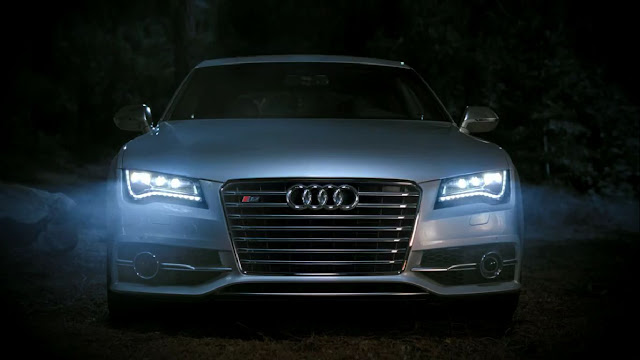 Check out these headlights! Coming at you - Audi's 60 second Super Bowl XLVI commercial, which features a vampire theme, airing in the first break after kick-off promoting Audi's signature LED headlights on the new 2013 Audi S7. Audi LEDs - at 5,500 Kelvin produce the closest recreation of daylight available - good riddance vampires! See the ad on YouTube now.
Posted by Rich Saxton at 9:33 AM