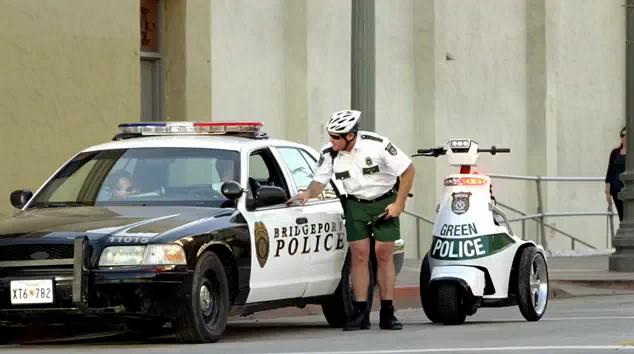 Green Police is the Audi 60-second spot that will appear in Sunday's Super Bowl broadcast changing Cheap Trick's Dream Police song lyrics to "Green Police" which could relaunch the popularity of that 1979 hit. Though you wouldn't know it from the teasers, Audi says "the main premise of the Green Police commercial is to show how driving an Audi A3 TDI clean diesel car is one of the easiest decisions we can make to help the environment among the dizzying array of green choices facing us each day."

The commercial itself, however, does a great job of delivering a socially responsible message but you have to wait until the 47 second mark to realize who is behind the ad - that's when the Audi A3 wagon hits the screen. The Audi A3 TDI (above) speeds through the Green Police checkpoint because it qualifies as "green". The A3 TDI won the 2010 Green Car of the Year Award presented by the Green Car Journal at December's Los Angeles Auto Show. The A3, Green Car Journal judges concluded, stood out by delivering an EPA-rated 42 mpg in highway driving. The 2009 Green Car of the Year, also went to a diesel, the VW Jetta TDI.

More than half the cars sold in Europe have diesel engines, let's see if this Audi ad can convince the U.S market to go diesel.