NADA In Orlando - A Better Year Than Last 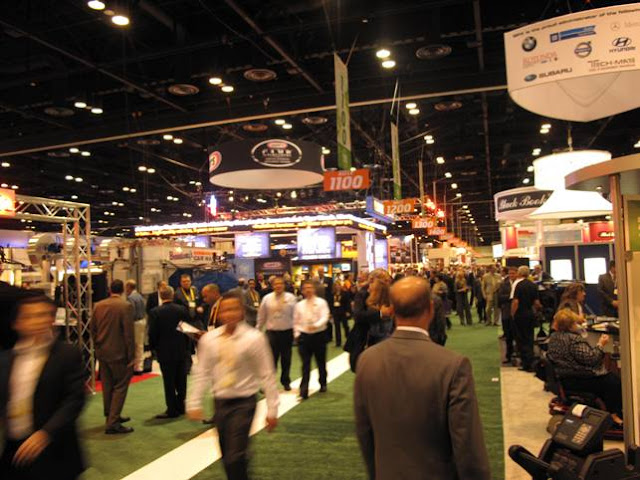 Car dealers, from mainly the U.S., are having their annual gathering in Orlando this year where it's colder than Vancouver, host city of the Winter Olympics, but conversations are running hot, especially in light of Toyota's troubles. Notably absent is Jim Lentz, president and chief operating officer of Toyota Motor Sales, U.S.A., Inc. and member of the company's board of directors, who apparently was summoned to Japan on Friday amidst their massive recall challenge. Other car manufacturers, as much as they want business from the Toyota fallout, are concerned that Toyota's floor mat and stuck accelerator issues will create increased regulatory oversight  from the National Highway Traffic Safety Administration (NHTSA) creating more reporting headaches affecting everyone. 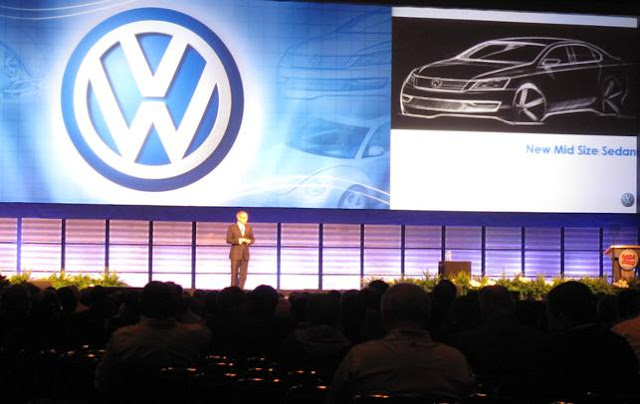 Yesterday's keynote speakers provided enthusiastic upbeat vibes for the dealers. Stefan Jacoby, CEO of VW of America, stated that, "good products are essential" and they must do "a better job of listening to customers on safety and quality" and he boasted that VW has eight vehicles recommended by Consumer Reports. Catering to his audience he emphasized that "dealers are a vital part of the industry... woven into the fabric of America... we need each other."

Mike Jackson, CEO of the country's largest dealership group, AutoNation, is an amazingly entertaining speaker, holding no punches when it comes to industry mistakes and government stupidity. Jackson was critical of how Chrysler tackled dealership reduction and how governments make more money off car sales than dealers with their high state sales taxes. Jackson had some simple logical thoughts about vehicle brands, like "look at your lease guide... what's the residual value? That's your brand." Jackson expects sales to improve to 11.5 million new car sales in the U.S. this year and with the job, housing and credit markets stabilizing looks forward to returning to 16 million vehicle sales years in three to four years from now.

This is my fourth NADA Show, starting in Las Vegas in 2007, then to San Francisco and last year in New Orleans when it looked like the end of civilization and people were wondering whether there would even be an NADA Show this year. Of course, they book the convention halls years in advance so there had to be an NADA, the question is what would it look like. I'm told attendence is up 20 percent over last year but the exhibit space is smaller meaning fewer businesses that cater to dealers are showing their products and services. Aspen Marketing who in the past have hired bands like Styx, America and Jefferson Starship, didn't have a party but still had a few Playboy centerfolds at their booth signing autographs.
Posted by Rich Saxton at 11:59 AM