General Motors did not have much of a presence at the NADA in Orlando this year but promises to next year in San Francisco after discussions among NADA brass and GM's North American President Mark Ruess and Susan Docherty, GM's Vice President of U.S. Sales resulted in commitments. Docherty had a private meeting with 300 dealers in Orlando. 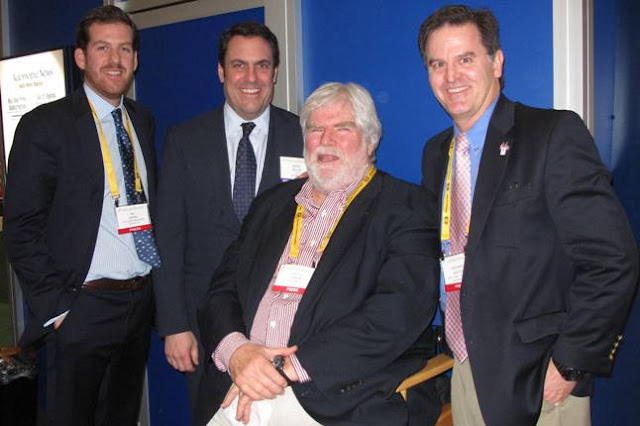 K.C. Crain, Mark Ruess, Keith Crain, Richard Saxton at Automotive News booth on NADA Show floor. Ruess was happy to be at NADA and looks for strong participation next year.
Posted by Rich Saxton at 10:27 AM