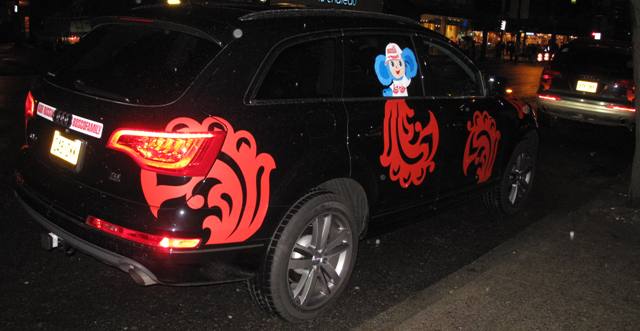 Audi Q7s, both black and white, shuttled Russian Olympians around Vancouver during the 2010 games that wrap up Sunday, Feb. 28. The Canadian Olympic hockey team which, after the preliminary round games, had to win every game to get to the Gold Metal Game vs. USA. Canada knocked off Germany 8-2, shocked Russia 7-3 and then beat Slovakia 3-2 in the semi-finals to advance to the Gold Metal game Sunday at noon. The undefeated US Men's hockey team defeated Switzerland, Norway and Canada in the preliminary round and then beat Switzerland in the quarter-final and Finland in the semi-final to advance to the showdown game against Canada - a game all Canadians will remember from the Olympics they hosted. The official Olympic vehicles were a variety of GM trucks and cars, 4,600 in total.