Kia Sorento Super Bowl Ad - A Departure From The Expected 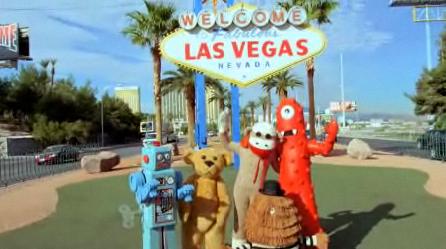 Kia's first-ever Super Bowl ad titled "Joyride Dream" is scheduled to air during the third quarter on Sunday so let's hope the Saints and Colts keep it close because this is worth watching. The 60-second spot follows a colorful cast of life-size children's characters – including Muno (from YO GABBA GABBA!, the award-winning series and live tour, produced by W!LDBRAIN and The Magic Store), Sock Monkey (Fox River Mills, Inc.), MR. X (BLABLA KIDS collection), Robot and Teddy Bear – who take the all-new 2011 Sorento CUV for a spin through a series of dream-like adventures and encounter exploding bowling pins, jumping jet skis, snow angels and a mechanical bull along the way. The rockin' soundtrack for the characters' epic adventure is "How Do You Like Me Now" by indie The Heavy. 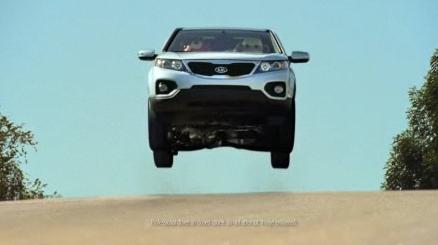 This ad makes me wonder what I've been doing with my life - a lot jammed into a 60 second spot. The tag line on the commercial is: Sorento, A Departure From The Expected. It certainly is!