Sixteen all-new vehicles, with the same model names except the Sebring to 200, were introduced by Chrysler last year and the marketing push is hard to sell them as they hit showrooms. Chrysler executives and engineers are making the rounds to remind the automotive media that the latest Chrysler, Dodge, Ram and Jeep vehicles are better than ever. Chrysler brand executives showed off the Chrysler 300, 200 sedan and convertible and Town & Country mini-van at an all-new dealership in the heart of Los Angeles yesterday. 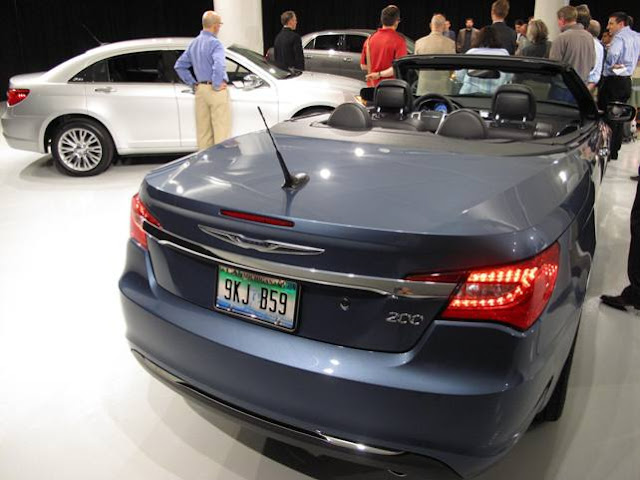 The 2011 Chrysler 200 LX starts at $19,245 with fuel economy of 21 mpg city / 30 mpg highway from the standard 173 horsepower 2.4 liter four-cylinder engine on the LX, Touring and Limited models. A 3.6 liter Pentastar Flex Fuel V6 Engine is available on the Touring and Limited versions.

The all-new 2011 Chrysler 300 is a little less "bad ass" than its popular predecessor but still maintains that character with the ability to be customized to suit the owner's personality. The 300 starts at $27,995 (including $825 destination) and runs up to a starting price of $41,145 for the 300C AWD. The all-new 2011 Chrysler 300 and 300 Limited models feature the 292 horsepower 3.6-liter Pentastar V-6 engine with EPA-ratings of 18 mpg city / 27 mpg highway. The all-new 2011 Chrysler 300C has the 363 horsepower 5.7-liter HEMI® V-8 engine delivering up to 25 highway mpg. The engine’s Fuel Saver Technology allows for transition between high-fuel-economy four-cylinder mode when less power is needed and V-8 mode when more power is in demand. 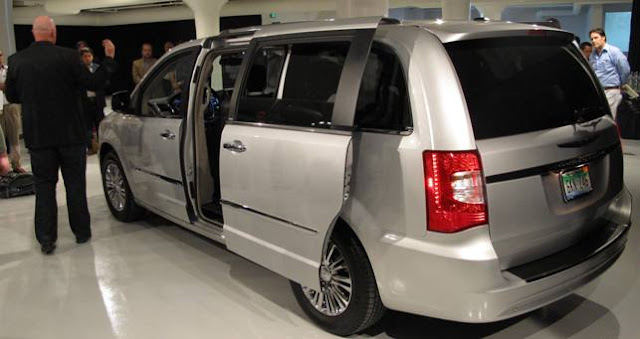 The 2011 Chrysler Town & Country has the all-new 3.6-litre Pentastar V-6 engine for improved fuel economy of 36 mpg highway with a new fuel-economizer mode that helps maximize fuel efficiency. There are more than 40 safety features including a new driver-side knee blocker airbag, front seat-mounted side airbags, side curtain airbags, electronic stability control and tire pressure monitoring. It also comes with the Super Stow ‘n Go seating and storage system, with larger, more comfortable seats and a new one-touch fold down function.

The pressure is on Sergio Marchionne and his team to make Chrysler profitable and there's no better way than new vehicles to add sizzle to a comeback brand where sales are up 23 percent over the first 3 months of last year. The upscale Chrysler brand trails Ram, Dodge and Jeep in sales so the push is on to boost sales of the nameplate that carries the company name.
Posted by Rich Saxton at 10:52 AM