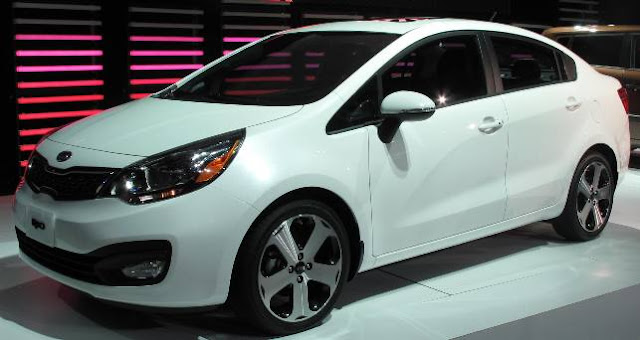 The 2012 Rio's all-new platform is longer, wider and lower than the previous generation with an overall length of 171.9 (Rio sedan) or 159.3 (Rio5) with a platform measuring 67.7 inches wide and 57.3 inches high. Rio is available in LX, EX and SX trim levels with a 138 horsepower 1.6-liter GDI four-cylinder engine with the option of either a six-speed manual transmission or six-speed automatic providing 30 city / 40 highway mpg.  Rio now offers ISG technology where the engine turns off when the vehicle is not in motion such as at a stop light or in traffic. The engine restarts automatically when the driver releases the brake pedal, resulting in lower levels of fuel consumption. 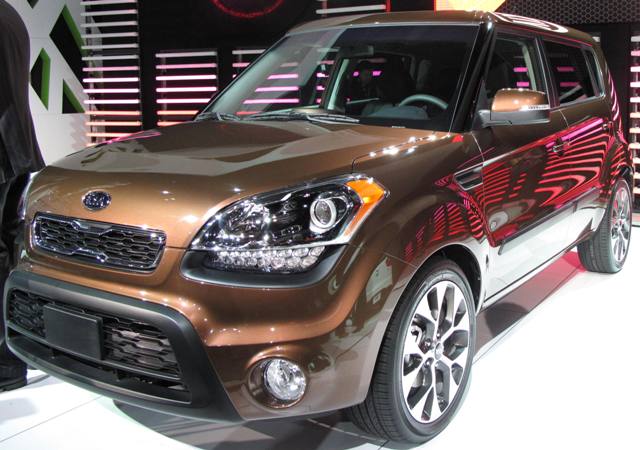 The 2012 Soul gets a new 1.6-liter gasoline direct injection (GDI) engine mated to a six-speed manual transmission to produce 135 horsepower (an 11 percent increase in horsepower from the previous engine) and 121 pound-feet of torque.  A new 160 horsepower 2.0-liter four-cylinder engine (a 13 percent increase in horsepower from the previous engine) is available with either the six-speed manual or a six-speed automatic transmission and is standard on Soul+, Soul! and Soul sport models.  Fuel economy for the 1.6-liter comes in at 28 city / 34 highway, three miles per gallon more than the previous engine while the 2.0-liter offers 27/33 mpg for both the automatic and manual transmissions.
Posted by Rich Saxton at 6:33 PM