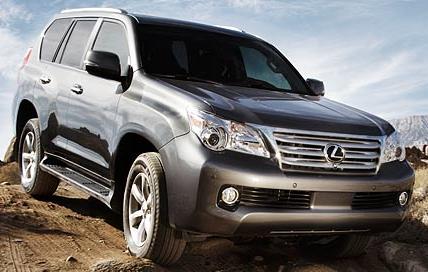 Consumer Reports has judged the 2010 Lexus GX 460 SUV a Don’t Buy: Safety Risk because of a problem we experienced during our standard emergency-handling tests. When pushed to its limits on our track’s handling course, the rear of the GX we bought slid out until the vehicle was almost sideways before the electronic stability control system was able to regain control.

We believe that in real-world driving, that situation could lead to a rollover accident, which could cause serious injury or death. We are not aware, however, of any such reports.

All four of our auto engineers who conduct the test experienced the problem in an exercise used to evaluate what’s called lift-off oversteer. In the test, as the vehicle is driven through a turn, the driver quickly lifts his foot off the accelerator pedal to see how the vehicle reacts.

We perform this evaluation on every vehicle we test, which includes the 95 SUVs in our current auto Ratings. No other SUV in recent years slid out as far as the GX 460, including the Toyota 4Runner, which shares the same platform as the GX.

To confirm our results, we paid for the use of another GX 460 from Lexus and experienced the same problem.

In real-world driving, lift-off oversteer could occur when a driver enters a highway’s exit ramp or drives through a sweeping turn and encounters an unexpected obstacle or suddenly finds that the turn is too tight for the vehicle’s speed. A natural impulse is to quickly lift off the accelerator pedal. If that were to happen in the GX, the rear could slide around far enough that a wheel could strike a curb or slide off the pavement.

Either of those scenarios can cause a vehicle to roll over. And because the GX is a tall SUV with a high center of gravity, our concern for rollover safety is heightened.

Like almost all current SUVs, the GX has standard ESC. That system is designed to prevent a vehicle from sliding out in a turn and has generally worked very effectively in the vehicles we’ve tested. It does that by applying individual brakes and cutting engine power to help keep the vehicle on its intended path. But the GX’s system doesn’t intervene quickly enough to stop the slide, and the rear end swings around too far.

As a result, we are urging consumers not to buy the GX 460 until the problem has been fixed. The GX 460 has been on sale for about three months and about 5,000 vehicles have been sold. We have notified Toyota, Lexus’ parent company, of the problem. We urge the company to develop a remedy as quickly as possible and implement it in new vehicles produced at the assembly plant and those already purchased.

In an e-mail response, Toyota spokesman Joe Tetherow said, “We’re concerned with the results of Consumer Reports testing on the Lexus GX 460 and their suggested buyer recommendation. Our engineers conducted similar tests during the development of the new GX and had no issues. However, we will try to duplicate the Consumer Reports’ test to determine if appropriate steps need to be taken. Please keep in mind that the 2010 GX 460 meets or exceeds all Federal Government test requirements. Customer safety and satisfaction remain our highest priorities. We take the Consumer Reports’ test results very seriously and appreciate them bringing it to our attention.”

We have also informed the National Highway Traffic Safety Administration.

The designation is rare for Consumer Reports; the last time we judged a vehicle’s performance not acceptable was with the 2001 Mitsubishi Montero Limited in the August 2001 issue of Consumer Reports magazine.

Current GX 460 owners: If you own a 2010 Lexus GX 460, we recommend exercising care when exiting the highway or traveling twisty roads. Obeying the speed limit and being alert for potential road hazards should limit the risk of experiencing a problem, like that recorded at the test track. We hope that Toyota can quickly develop a software update for the stability control system and update current models with revised programming.

"For more than 20 years, Lexus has made customer safety and satisfaction our highest priorities. We are taking the situation with the GX 460 very seriously and are determined to identify and correct the issue Consumer Reports identified. At this time we have asked our dealers to temporarily suspend sales of the 2010 GX 460.

Lexus' extensive vehicle testing provides a good indication of how our vehicles perform and we are confident that the GX meets our high safety standards. Our engineering teams are vigorously testing the GX using Consumer Reports' specific parameters to identify how we can make the GX's performance even better.

For any customer who has purchased a 2010 GX 460 and is concerned about driving their vehicle, we will provide a loaner car until a remedy is available.

As always, Lexus is committed to providing our customers with outstanding products and service.
Posted by Rich Saxton at 9:13 PM