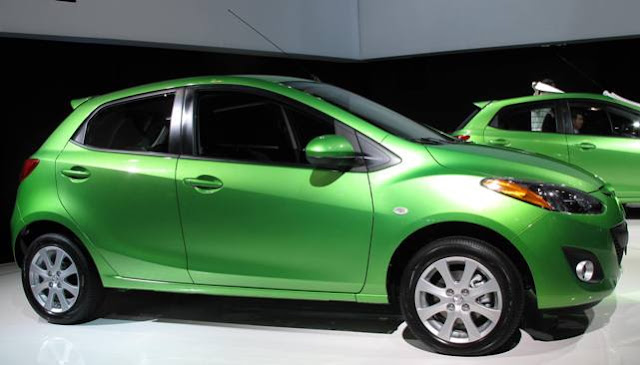 The all-new 2011 MAZDA2, powered by a 100 horsepower 1.5-liter four-cylinder engine, will have a starting manufacturer's suggested retail price (MSRP) of $14,730, including destination charges of $750 when it arrives in U.S. showrooms in July. The 2011 MAZDA2 is available in two trim levels – the entry level Sport will have either a five-speed manual or four-speed automatic transmission and the Touring which has a starting price of $16,185, is equipped with a five-speed manual transmission or available four-speed automatic transmission.

New Engines Coming Next Year
Mazda plans to launch its all-new SKY Concept powertrains into the U.S. market, beginning as early as 2011. The Mazda SKY-G, Mazda's next-generation gasoline engine, will be the core powertrain in future Mazda vehicles. SKY-G is expected to boost fuel efficiency by approximately 15 percent while also increasing engine power. Mazda plans to put its SKY-D engine into its next-generation mid-sized diesel car, achieving highway fuel economy of up to 43 miles per gallon, a 20-percent improvement in fuel efficiency over Mazda's current 2.2-liter diesel.