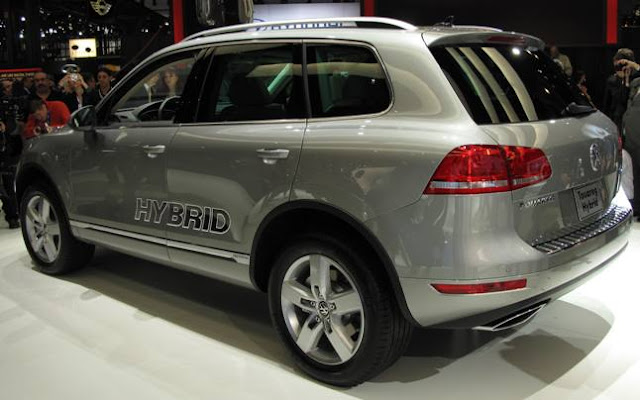 The Volkswagen Touareg and Porsche Cayenne, built together with the Audi Q7, had their latest incarnations introduced at almost the same time this week at the New York International Auto Show.

The new VW Touareg whose first generation model came out in 2004,  is wider, lower, longer with more interior room and nearly 450 pounds lighter than the previous one. The Touareg will have three available engines: A V6 FSI® gasoline engine, a V6 TDI® Clean Diesel engine, and a V6 TSI® gasoline hybrid engine. 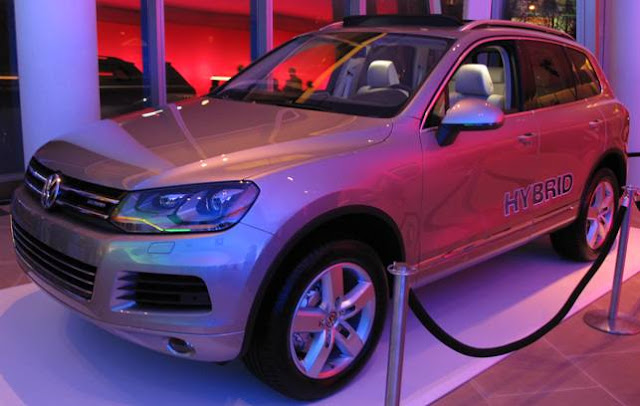 With the Touareg Hybrid model, a 3.0-liter supercharged, direct injection V6 gasoline engine is paired with a electric motor that reduces fuel consumption and CO2 emissions by about 40 percent. The V6 engine and electric motor combined produce a total of 375 horsepower and 428 lbs.-ft. of torque allowing for full towing capacity of up to 7,700 pounds. The Touareg will hit showrooms at end of year with the gas & diesel engines with the hybrid (pictured above) to follow.