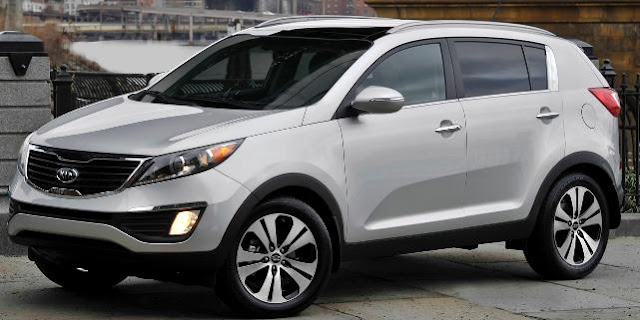 The all-new 2011 Kia Sportage compact CUV, drawing from the styling elements of the Kue concept, is longer, wider and lower than the previous model and displays the new face of Kia, or the “Schreyer” line, coming from its designer Peter Schreyer who joined Kia almost 4 years ago after a long career at VW/Audi where he was famous for his A6 and TT designs. The 2011 Sportage, on an all-new platform, has an overall length of 174.8 inches, overall width of 73 inches, wheelbase of 104 inches, and utilizes independent front-and-rear suspension systems. The all-new Sportage comes standard with a 176 horsepower 2.4-liter DOHC 16-value four-cylinder engine with Continuously Variable Value Timing. A more powerful fuel efficient 2.0 liter Gas Direct Injected turbo powerplant will be available in the 2011 model year. 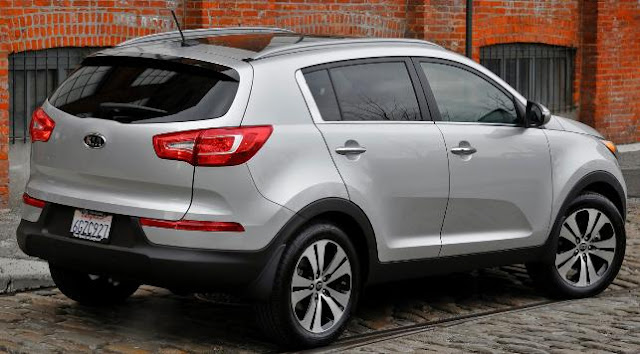 Offered with two-wheel or all-wheel drive configurations paired to either a six-speed manual transmission (base) or a six-speed automatic transmission, Sportage is available in two trims, LX and EX. Sportage EX models have available features, including leather-trimmed seats, heated and ventilated front seats, push button start, rear sonar detector and a panoramic sunroof. The 2011 Sportage will be the second Kia model to offer UVO powered by Microsoft®3, the hands-free in-car communication and entertainment system (standard on EX models) enabling drivers and passengers to answer and place phone calls, receive and respond to SMS text messages, access music from a variety of media sources and create custom music experiences.
Posted by Rich Saxton at 11:58 AM