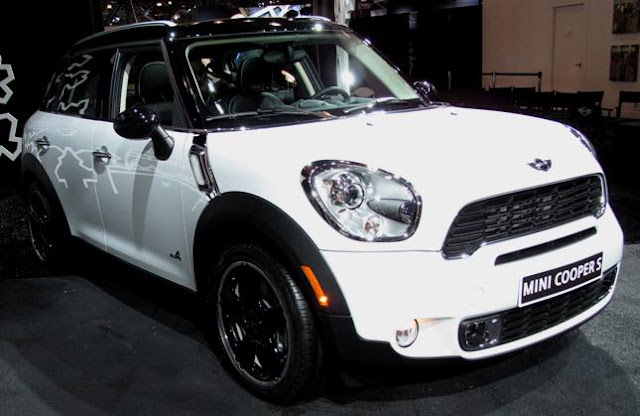 The all new MINI Countryman with a MINI-first four-wheel-drive system debuted during the New York International Auto Show. Measuring 161.3 inches long and with a wheelbase of 102.2 inches, nearly six inches compared to the hardtop, the MINI Countryman offers more passenger space than any other MINI, along with nearly 40 cubic feet of cargo space. 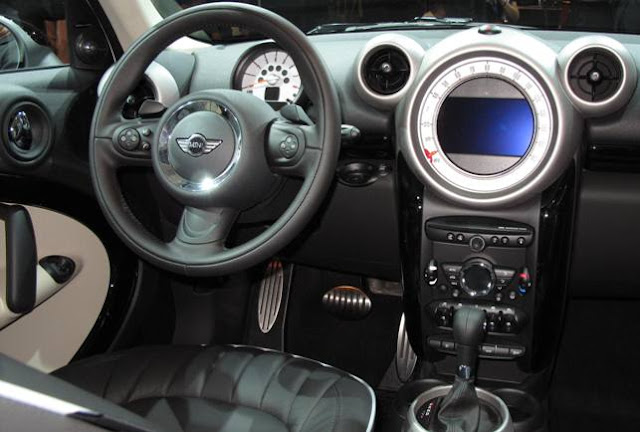 In addition to the circular instrumentation on the dash, a key feature is the Center Rail aluminum track that stretches from the front to the rear of the cabin for storage of personal items, electrical and USB connections for  integration of smartphones and other devices.

MINI Countryman powertrain options include Cooper, Cooper S or Cooper S with ALL4. The Countryman will be the first crossover on the market to feature a turbocharged and direct-injected engine with VALVETRONIC technology for optimum performance and efficiency. Its a MINI on steroids that will go on sale in early 2011.