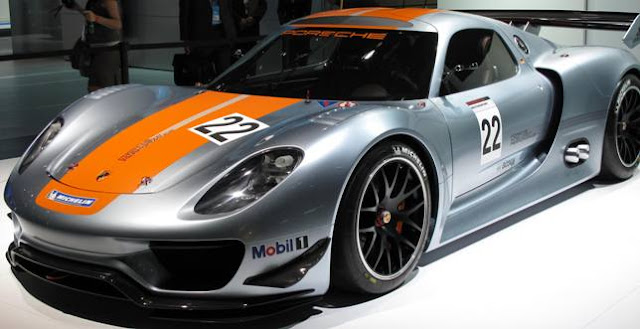 The North American International Auto Show kicked off with its first of two media days on Monday January 10th with 18 manufacturer media conferences, that's right 18! Beginning at 6:30am, or 3:30am for those of us who flew in from the West Coast, Porsche debuted the Porsche 918 RSR hybrid concept medium-sized coupe that will only be driven by the race car driver assigned to the vehicle, not the masses. A big deal for Porsche being their first Detroit appearance in years because Porsche doesn't sell many cars in Michigan, unlike Los Angeles where it always has a lavish, expansive display in its own exhibit hall. So, exhausted from the outset after a 5:30ET/2:30PT wake up call, it's race and scramble to make the media conferences. Just 10 to 15 minutes between the vehicle introductions so no time for lunch because you would miss BMW, Audi and Toyota. Nearly 12 hours later, the challenge was staying awake for the 6:15pm Chevy Sonic unveiling, by using the toothpicks from GM's mini-burgers to keep my eyelids open. As it turns out, it was Chris Perry's last Chevy announcement as he now takes over U.S. marketing under GM's global marketing chief Joel Ewanick. 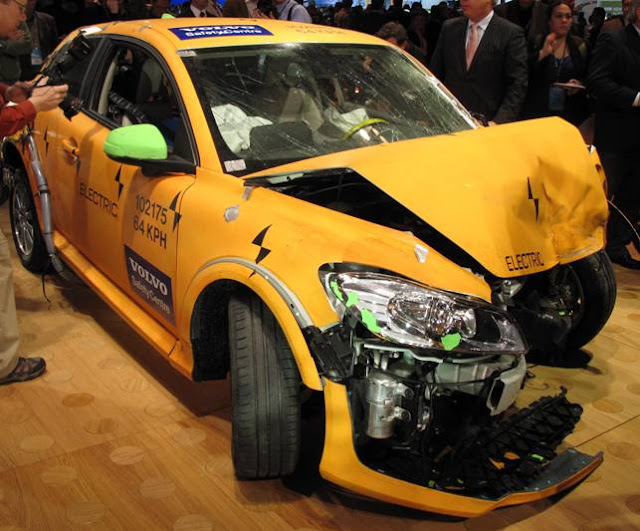 The only manufacturer to present on Day 2 was Volvo which is going through a product realignment so they showed off a crashed electric C30 and only got some audience because Wall Street analysts were gathering to hear Ford CEO Alan Mulally next door explaining their global strategy to Wall Street analysts. Fitting that Volvo had a crashed car given the state of many of us West Coast journalists. Otherwise, Day 2 was for getting photos and videos of the cars that were so mobbed on Day 1, but unfortunately without the executives to provide commentary on their new products. My personal show disappointment was the absence of the Mercedes-Benz C-Class, apparently shown in a sneak preview to a select group of invited journalists. Talk is that show organizers will have to go back to spreading out the OEM presentations over a few days. It will help the local economy, not to mention the health of the sleep-deprived California journalists. Twitter may have tweeted out on Day 1, too. On a positive note, by viewing this website, you can see the quantity of material gathered. Next stop is NADA in San Francisco where manufacturers and dealers mix to examine their industry and its challenges.
Posted by Rich Saxton at 11:22 PM