Volkswagen will premiere two 30 second spots during the 2nd and 4th quarters of Super Bowl XLV showcasing two new vehicles that won't hit showrooms until later this year. The  all-new 2012 Passat and the 21st Century Beetle, are part of a pre-launch advertising and marketing campaign that includes television, digital, experiential, and retail activations to maintain momentum throughout the year. 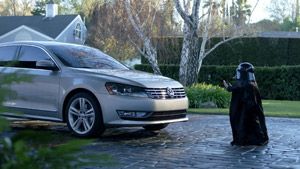 With its all-new 2012 Passat ad, Volkswagen brings Star Wars™ to one of TV's most talked about events.  Accompanied by John Williams' iconic "The Imperial March," the spot features the most infamous villain in the galaxy, a pint-sized Darth Vader, who uses the Force when he discovers the all-new 2012 Passat in the driveway. The two iconic brands leverage humor and the unforgettable Star Wars score to create an emotional spot and make Super Bowl ad history. 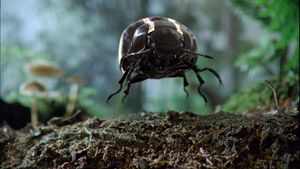 In "Black Beetle," the first spot for The 21st Century Beetle,  there's CGI-generated lush kingdom where the Black Beetle rules, runs, navigates and out performs all the other creatures. With the song "Black Betty," rerecorded by Jon Spencer and the Blues Explosion, the Beetle ad does not feature any actual images of the car, a building anticipation of the reveal.