2011 Audi A8 NWB Introduced This Week, On Sale In The Fall 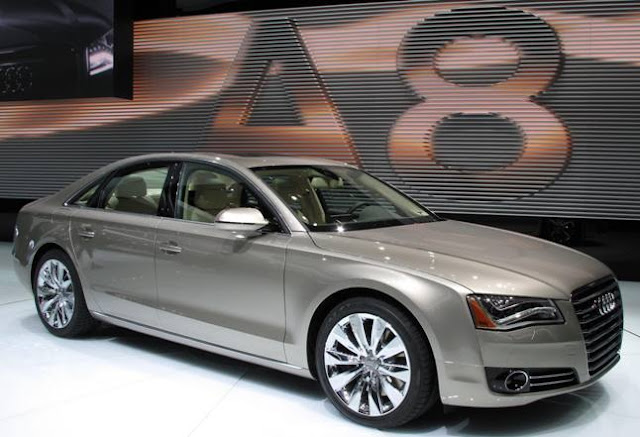 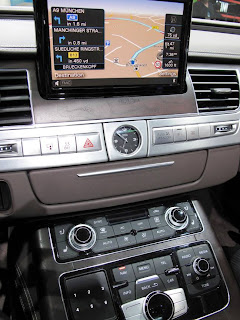 The biggest issue with the new high tech luxury sedans is the navigation, entertainment interface which manufacturers painstakingly research with focus groups to make user-friendly. A difficult to use control system can be a customer's key vehicle dissatisfier so I spent an hour with Dr. Werner Hamberger assigned to making the next-generation MMI 3G+ Multi Media Interface with ‘MMI touch’. MMI touch is essentially like a laptop mousepad that recognizes handwriting for entering letters and numbers for Navigation destinations, and is backlit to allow it to change to a pointer for map functions, a number pad for radio functions (see lower left of photo) and can be used to scroll lists in the MMI.

The A8 NWB (Normal Wheelbase) was shown in Detroit and the LWB (Long Wheelbase) A8 will be revealed in 2010. The A8 competes with the Mercedes-Benz S Class, BMW 7 Series, Lexus LS and Jaguar XJ. The A8 introduced this week in Detroit and coming to market in the Fall is a vehicle of beauty, technology and performance with an intuitively  easy-to-use control system. We'll get the price for the new A8 closer to sales date.