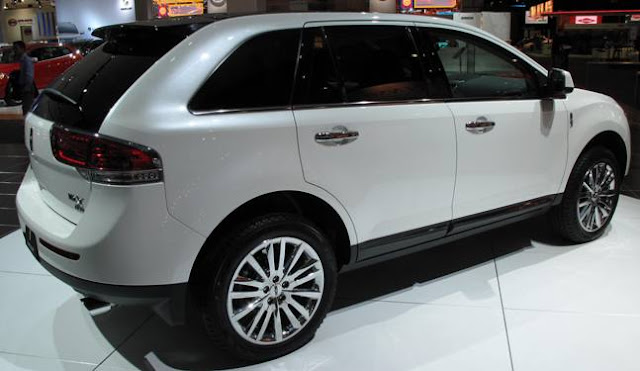 The MyLincoln Touch experience, powered by Lincoln SYNC®, replaces traditional vehicle buttons, knobs and gauges with clear, crisp LCD screens and five-way buttons like those found on cell phones and MP3 players. The screens can be personalized to display information relevant to each individual driver using a simple button click, voice command or touch screen tap. Also new on the 2011 Lincoln MKX is iTunes® Tagging which is enabled by the available Voice-Activated Navigation System through SYNC, iTunes Tagging providing customers with the ability to “capture” a song they hear on the HD Radio receiver for later purchase from iTunes. With a simple push of a “TAG” button on the radio display, the song information will be stored in the radio’s memory.

The 2011 Lincoln MKX has eight unique features: MyLincoln Touch, Lincoln SYNC, Easy Fuel, SecuriCode™ keyless entry, Blind Spot Mirrors, MyKey, Cross Traffic Alert and AdvanceTrac® with RSC (Roll Stability Control™). The 2010 Lincoln MKX starts at $38,345 so we'll have to wait to see how the 2011 model is priced.
Posted by Rich Saxton at 8:46 AM