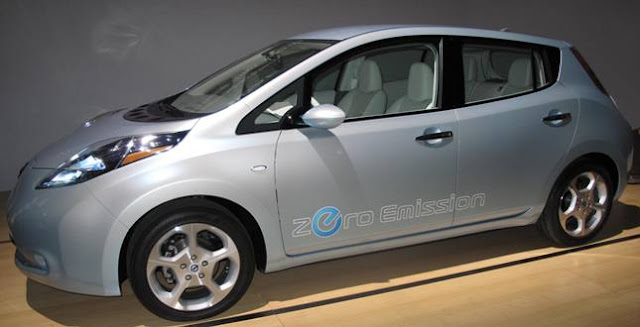 "Nissan's move to offer a stylish battery electric vehicle as part of its model line is significant," says Ron Cogan, editor and publisher of the Green Car Journal and editor of GreenCar.com. "This coming electric model will provide the features, the styling, and the driving experience that will meet the needs of a sophisticated and demanding market, while producing zero localized emissions and requiring no petroleum fuels."

The vehicle's cost does not exceed that of a comparable internal combustion model and the gas to run it.

"This kind of price parity is crucial to the success of any mass market advanced technology model," Cogan says.

To be considered for the Green Car Vision Award™, vehicles must be in their early stages of commercialization but not yet on sale, in small volume production with more than one functional prototype in existence, or operating as part of a demonstration fleet. A nominee may be an all-new model or an advanced adaptation of an existing model, such as a conversion to another type of power like electric drive.

The Leaf is scheduled to go on sale later this year.