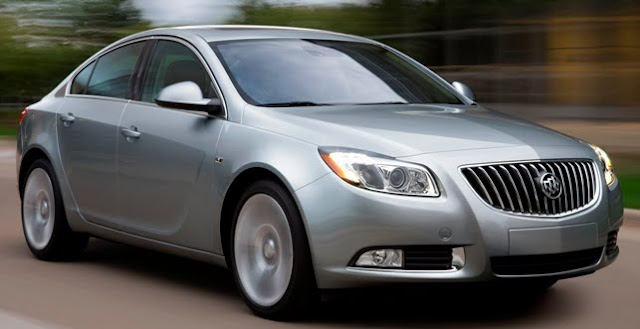 The all-new 2011 Buick Regal, which will be will initially be offered in premium CXL trim only, will start at $26,995 including a $750 destination charge and the Regal’s CXL turbo model will start at $29,495, including a $750 destination charge. Additional trim levels to be offered in the 2012 model year. The Regal CXL includes a standard 182 horsepower 2.4L Ecotec direct injected engine and an optional 220 horsepower 2.0L Ecotec turbocharged and direct injected engine coming late this summer. Both engines have six-speed automatic transmission standard with Driver Shift Control (DSC) and an estimated 30 mpg on the highway for the 2.4L and 29 mpg highway with the 2.0L turbo engine.

Regal production for sale in the U.S. and Canada begins late Q1 2010 in Russelsheim, Germany, with vehicles expected to start arriving at dealerships in Q2 2010. North American production will begin at the Oshawa Car Assembly plant beginning in Q1 2011. So initially you'll be getting a German-made General Motors car from Opel, the European car maker that GM decided to keep and not sell, a decision heavily influenced by the future of Buick models.
Posted by Rich Saxton at 8:22 AM