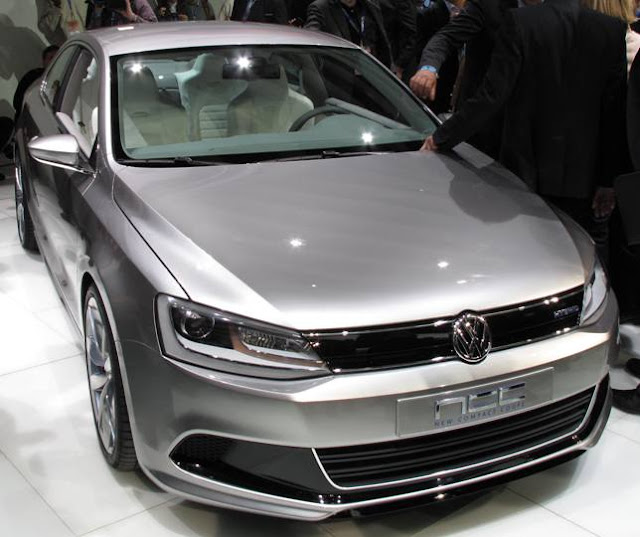 Volkswagen's New Compact Coupe Hybrid introduced at North American International Auto Show was the best concept at the Detroit show. With the success of the Audi A5, the NCC could become a popular reality with the added attraction of being a hybrid. This gorgeous car looks ready to hit the streets now.

The New Compact Coupe is powered by a combination of Volkswagen's 1.4L TSI turbocharged and inter-cooled gasoline engine, making 150 horsepower and a usable 177 lbs.-ft. of torque, and an electric drive motor with 27 horsepower. Both units can work together, with the electric motor providing an added boost of power, or the NCC can run in full electric mode. The NCC is capable of achieving a combined fuel economy rating of 45 mpg. A seven-speed Direct Shift Gearbox® transmission keeps power on tap while aiding efficiency, and the electric motor can help to recharge the lithium-ion battery pack during braking. The NCC features all-new Bi-Xenon headlights, LED running lights, and large, inset cooling ducts.

Great looking car for today's market so I would expect this so-called "concept" to hit showrooms sooner rather than later.