Chevrolet Aveo RS To Be Built In U.S. 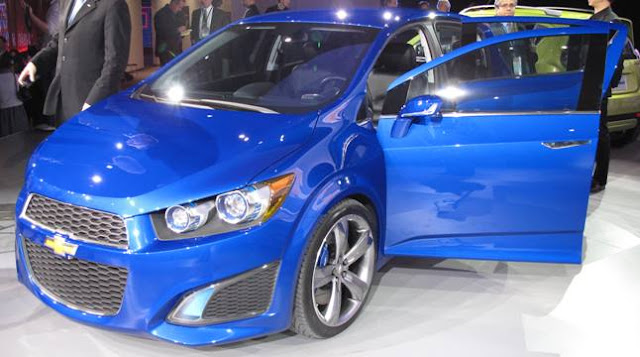 Chevrolet Aveo RS, shown at the North American International Auto Show in Detroit features the same small-displacement 138 horsepower 1.4L Ecotec turbocharged engine that will be available in the 2011 Chevrolet Cruze. In the Aveo RS show car, the 1.4L turbo is mated to a six-speed manual transmission. Chevrolet has previously announced the new Aveo will be built at Orion Assembly in Orion Township, Mich., in 2011, a move that will restore 1,200 jobs to Southeast Michigan. Plant retooling is scheduled to begin later this year. 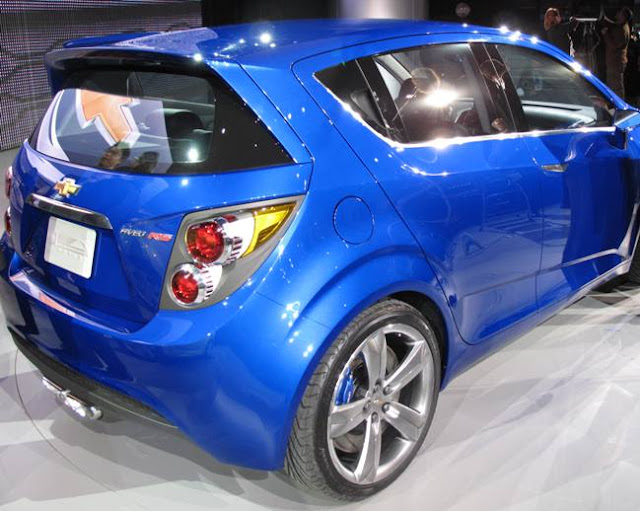 GM says the Aveo RS features a European-inspired hot hatch look designed to appeal to young enthusiasts, and hints at the next-generation Aveo. This Aveo is longer, wider and more spacious than the current production Aveo and will have the many personalization options potentially available on the next-generation car. The current Aveo is made in Korea.
Posted by Rich Saxton at 8:23 AM