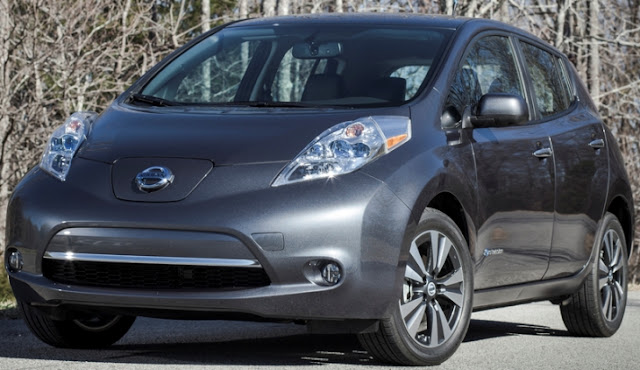 The new all-electric 2013 Nissan LEAF, its third model year, will start at an MSRP of $28,800 for the newly-added LEAF S grade, a less expensive version than the LEAF SV offered at $31,820 and the LEAF SL at $34,840. The LEAF S is the lowest priced five-passenger electric vehicle sold in the United States. Eligible Californians can purchase a 2013 Nissan LEAF for as low as $18,800 after the $7,500 federal tax credit and $2,500 state rebate. Nissan still has a lease offer as low as $199 per month for 36 months, which includes tax credits and destination charges. The 2013 LEAF has 17-inch alloy wheels and leather appointed interior on SL models, available Around View® Monitor and 7-speaker Bose® energy efficient audio system and a 6.6 kW onboard charger that significantly reduces 220V charging times and is standard on SV and SL models.

Nearly 50,000 LEAFs have been sold worldwide and now LEAF production is getting a boost as manufacturing recently starting in Smyrna, Tennessee, so the new lower priced LEAF S could launch sales to new heights, which Nissan is counting on.
Posted by Rich Saxton at 8:36 AM