Hyundai's 2013 Super Bowl Commercials - All Of Them 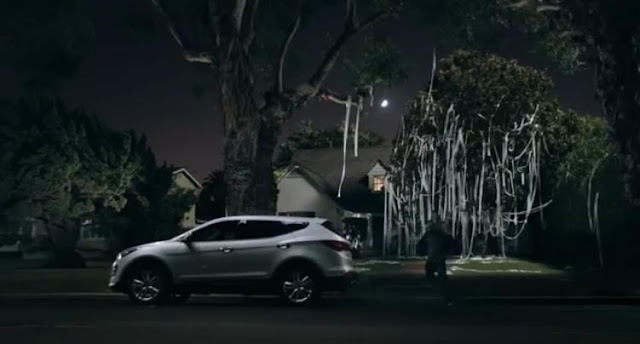 “Epic PlayDate” is Hyundai’s 60-second pre-kick off commercial featuring the all-new seven-passenger Santa Fe with a soundtrack, Sun Blows Up Today, written for Hyundai by The Flaming Lips rock band.

SECOND QUARTER
“Stuck” is Hyundai's 30-second second quarter Super Bowl spot featuring the Sonata Turbo. The clear message is that when you're stuck behind a vehicle you need to pass, the turbo gives you the power.

CANADA SUPER BOWL COMMERCIAL: "Gaspocalypse" features the Sonata Hybrid and offers an "alternate ending".
Posted by Rich Saxton at 7:49 AM