Rolls-Royce Has Record Global Sales In 2012 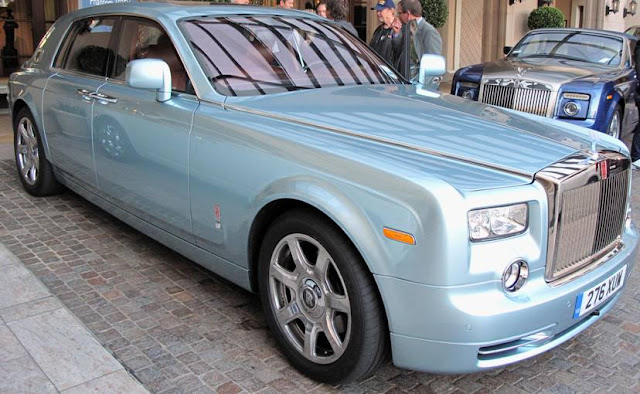 Rolls-Royce Motor Cars reported record global sales of 3,575 cars for 2012, the third consecutive record and the best sales result in its 108-year history with notable gains in the Middle East (up 26%), Mainland Europe (up 21%), and Asia Pacific (up 18%), The United States and China remained the most significant individual markets for Rolls-Royce Motor Cars. A number of markets reported record sales, including Saudi Arabia (up 63%) and Germany (up 15%).

Rolls-Royce has the Phantom family of products – Phantom, Phantom Extended Wheelbase, Phantom Drophead Coupe and Phantom Coupe – and the Ghost family – Ghost and Ghost Extended Wheelbase.Thirty new or refurbished dealerships opened across the world, taking the total to over 100 for the first time in the company's history. Rolls-Royce also expanded into new markets, including Latin America, and sold motor cars in more than 40 countries worldwide.
Posted by Rich Saxton at 8:41 AM