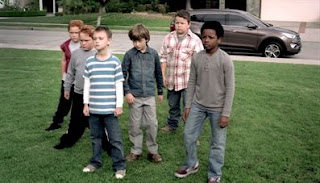 This is Hyundai's sixth consecutive year as a Super Bowl advertiser and this year has five game-day ads, including four all-new spots. Two of the new ads are slotted for the pre-game show and two are scheduled to air in-game with the all-new Santa Fe featured in three of the five Super Bowl advertisements. Sonata Turbo and 429-horsepower, 8-speed Genesis R-Spec are featured in the other two spots. The seven passenger, three row Santa Fe with a 290 horsepower 3.3-liter GDI V6 engine debuted at the Los Angeles Auto Show two months ago and will hit showrooms soon..
Posted by Rich Saxton at 3:40 PM