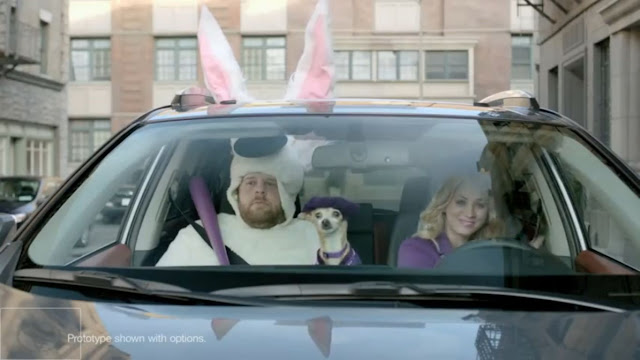 Toyota is hoping that 27 year old actress Kaley Cuoco gives them a big bang during the Super Bowl. Cuoco who stars in Toyota's Super Bowl game day spot is known for her roles as Penny on The Big Bang Theory, Bridget Hennessy on 8 Simple Rules and as Billie Jenkins on Charmed. The end of the ad has her in the all-new 2013 Rav4 that was introduced at the Los Angeles Auto Show two months ago. Toyota is calling the ad the Toyota Game Day Teaser "I Wish" Starring Kaley Cuoco. She's OK but I'm hoping for a little more car.
Posted by Rich Saxton at 7:57 PM